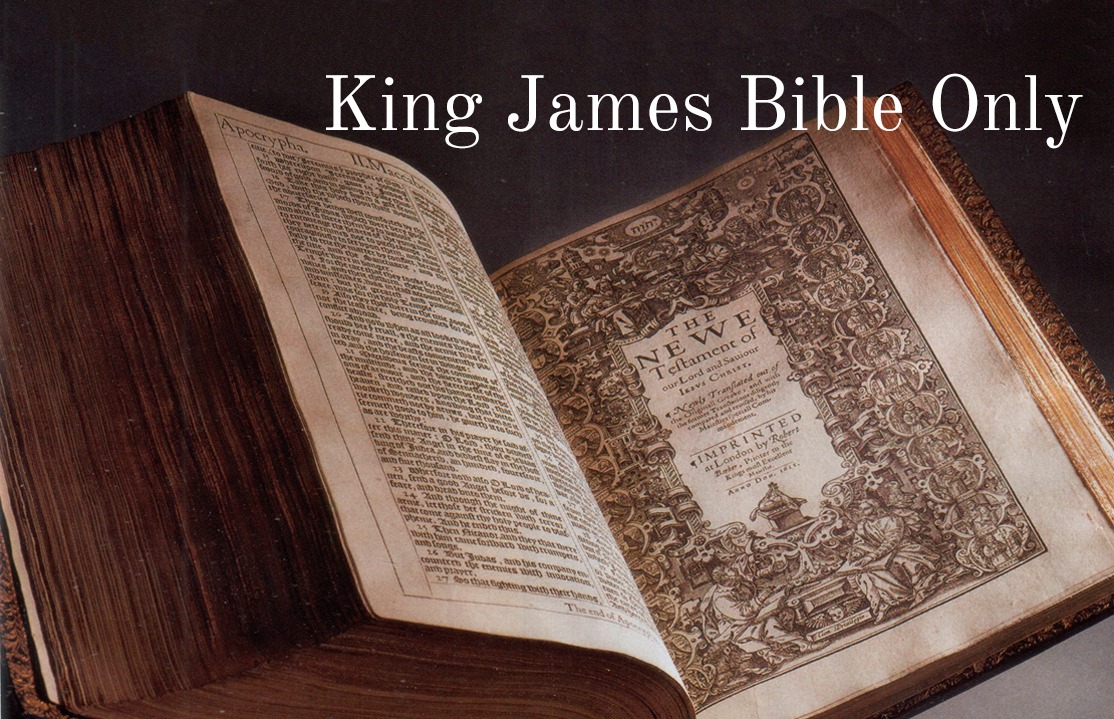 Why should you only read the King James Bible?

New World Order Bibles is a documentary proving the King James Bible is the only true Bible.

Why should you be King James Bible only?

Books such as The King James Only Controversy: Can You Trust the Modern Translations? by James R. White and The King James Version Debate: A Plea for Realism by D.A. Carson point to alleged translation and textual errors in the King James Bible.  While the stated goal of these types of books is to refute KJV “only-ism” (the idea that Christians should use only the KJV), these authors are not neutral in terms of assessing the translation and textual choices in the KJV.  James R. White was a consultant for the New American Standard Bible and D.A. Carson was a translator of the New Living Translation.  Although there may be different opinions on translation or textual choices (as proposed by these authors), every reading in the King James Bible can be justified by reasonable alternative theories. This website refutes over 150 allegations of errors to show that the King James Bible is demonstrably inerrant.

The KJV is an essentially literal translation.  Many new translations (NIV, NLT) are based on a translation philosophy called “Dynamic Equivalence” made popular by Eugene Nida of the American Bible Society.  With Dynamic Equivalence, translators act as interpreters rather than translators.  Thus readers of these dynamic translations end up reading the interpretations of scholars rather than the actual biblical text.  The NKJV, NASB and ESV are also essentially literal translations.  For an excellent introduction on the subject, please read this [online booklet] written by Leland Ryken, a member of the ESV committee.

The King James Bible seldom splits complex sentences as they are found in the Greek.  For example, Romans 1:1-7 and Hebrews 1:1-4 are each one sentence in the Greek and in the KJV, but even the most literal of modern translations, the NASB and the ESV, split each sentence into several sentences.  Complex sentences convey relationships between ideas more effectively and keep the author’s thought process more apparent.

The King James Bible preserves lexicographical and syntactical Hebraisms (William Rosenau, Hebraisms in the Authorized Version of the Bible).  Many contemporary translations, in an attempt to make the Bible sound more familiar to readers, dilute the Hebrew feel of the Bible.  Much of the peculiarity of the language of the KJV is due to its faithful mimicry of the Hebrew language.  Some Hebraic expressions such as the Hebraic anticipatorial accusative (“God saw the light, that it was good” Genesis 1:4) and Hebraic double prepositions (“Abram went up out of Egypt” Genesis 13:1) are completely removed even in translations that are purported to be essentially literal, such as the NASB and the ESV.  Acclaimed Greek teacher John Dobson, author of Learn New Testament Greek, 3rd ed, invites his students to pay close attention to the Hebraic influence in the Greek New Testament.  Due to his apparent preference for dynamic translations, he does not seem to prefer the KJV.  However, he acknowledges that the KJV “follows Hebrew style more closely than a modern translator would normally do” (305).

What Bible did Jesus and the apostles use? It was NOT the Septuagint.